Condensate produced by high efficiency condensing equipment, including commercial gas boilers and hot water heaters, has inherently low pH (is acidic) and poses a problem for building’s drains and piping. What’s the problem with draining condensate into your building’s piping and sewer lines? Simple: because of the chemistry of gas combustion, the fluid is corrosive. The hot fire in a boiler is a reaction between natural gas and oxygen — the units burn methane (CH4) or propane (C3H8) and oxygen (O2) to produce H20 (water) and CO2 (carbon dioxide). But the hot flame also sucks in atmospheric nitrogen, which makes up 70% of the atmosphere, and the fire is hot enough to force the nitrogen to react with oxygen. The resulting NO2 (nitrogen dioxide) and NO (nitrous oxide) dissolve into the water vapor in the exhaust stream to form nitric acid.

In old-fashioned low-efficiency boilers, all that gas — the CO2, the water vapor, and the nitrogen products (known collectively as “NOX”), went up the hot chimney into the atmosphere. They polluted the air, but they didn’t damage any piping. But that was a waste of energy: boilers that didn’t condense the water out of the exhaust stream can’t rate much higher than 80% efficiency at best, and about 65% was more typical. To squeeze 90% or more of the heat energy out of a gas flame, you must condense the water vapor out of the exhaust into liquid form and recover the heat of evaporation from it. It turns out, however, that when you condense out the water vapor, the nitrogen products come along with it. What you end up with is a dilute solution of nitric acid that will eat away your building’s drains.

Below are pictures of damage caused by untreated boiler condensate; as condensate fluid sits in a pipe it becomes more concentrated and more corrosive. Our New York City commercial boiler repair services reduce the risk of corrosion. 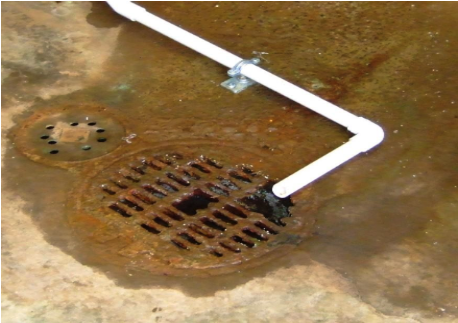 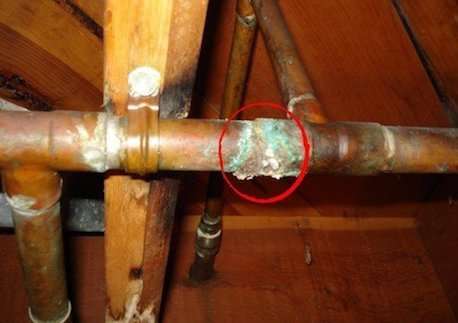 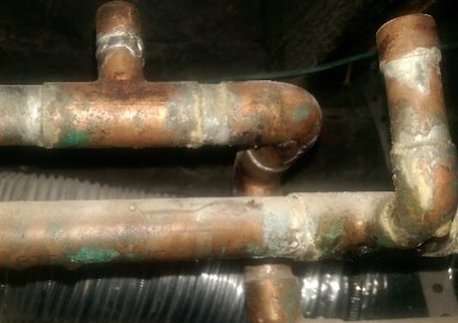 Installing a condensate neutralizer will help to avoid your buildings drains and piping from being destroyed from the acidic condensate your boilers produce.

Our New York City condensate neutralizer kits include acid-resistant plastic tubes filled with a mineral, typically limestone, that helps to remove the nitrates in the boiler condensate as it passes thru. So, the final condensate is a less acidic liquid and will not damage your building’s drains and pipes. This product is often overlooked by many building owners and managers but if included in your annual boiler maintenance can help save you thousands on a costly plumbing repair.